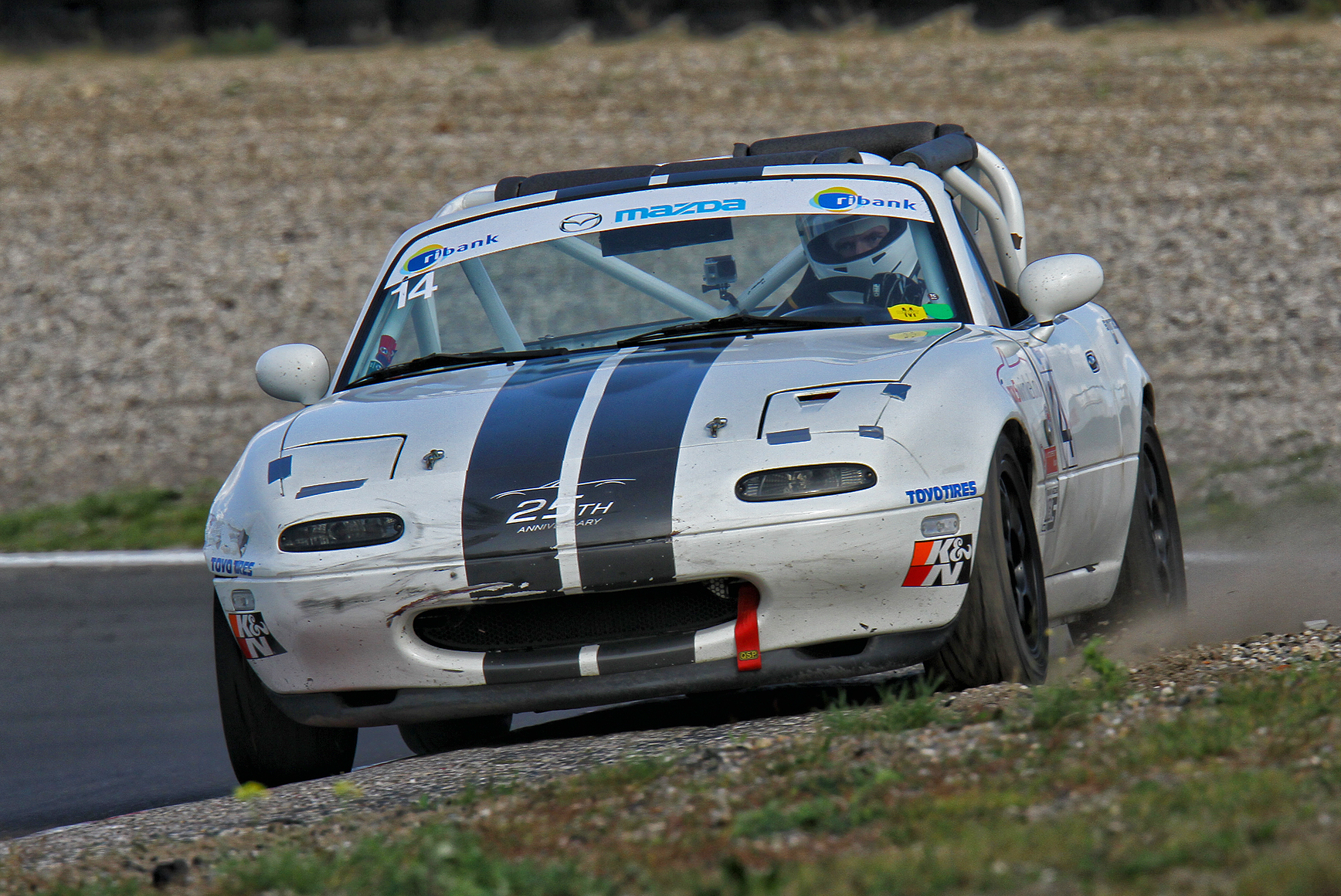 Coming off a very successful race day at Assen the goal for Zandvoort was to keep the momentum going and run near the top 5. Ambitious as the competition is always very strong at Zandvoort. The Super Race Weekend featured no less than three races, with one lasting 70 minutes, a new experience for me.

In the run up to Zandvoort I noticed the gearbox fighting back every time I went for third gear. In preparation for the super race weekend, I worked hard with IL Motorsport mechanic Hans to replace the gearbox in time for the race. This gearbox featured a heavy spring to 5th, to prevent miss-shifting.

Qualifying was slightly disappointing, resulting in a 11th grid spot. I could just not get a clean lap in.
In race one, my initial getaway was good, but when shifting to third gear I got caught out by the different gear spring. Luckily, I could limit the damage and enter the first corner in 8rd place. During the race, a tough battle for 5th evolved. Personally, I would rather have seen some cooperation between the leading drivers for the first few laps when there was a small gap to the following group, but unfortunately a lot of time was lost fighting for position. I eventually finished 8th as well, after being shortly up to 5th place. The intense battle looked good on camera, but I can’t consider it to be one of my strongest races.

The second race started with drama at the first lap. After a decent getaway I lost the car in the Masters corner. With the 2014 pile up in the same corner in mind, I decided to let the car spin to the outside of the track rather than trying to save time by going for the inside. This mistake left me in 32nd position with a huge job in front of me: fighting my way back as much as possible. Eventually, I finished 15th. Again not my best outing, although the onboard footage is again spectacular!

For the 70 minute race, I decided to fall back on my virtual endurance experience and be a bit more patient than normal. The short 10 to 12 lap formats of the usual sprint races requires a fairly aggressive driving style. For this 70 event, there was some more time to be patient and see the events unfolding in front of you. Starting 15th, I could quickly pass some drivers to catch up to the big group of cars fighting for third. The 7 car train kept swapping positions. I decided to hang back and take it easy, enjoying the slipstream and not stressing the tires too much. As the window for the mandatory pit stop arrived, I decided to push a bit more. Unfortunately, due to some confusion and precious seconds lost in the pit lane I was not able to catch up in the fight for 3rd, with two drivers surging away into the distance. This left me in 6th place, lapping alone and eventually finishing in 5th.

5th is a great result for me at Zandvoort and the endurance race in particular was very enjoyable. Can’t wait for the next endurance event! Next race is at Spa, which I will not attend due to financial reasons. After that there is the Oschersleben event, let’s see if that one is possible!