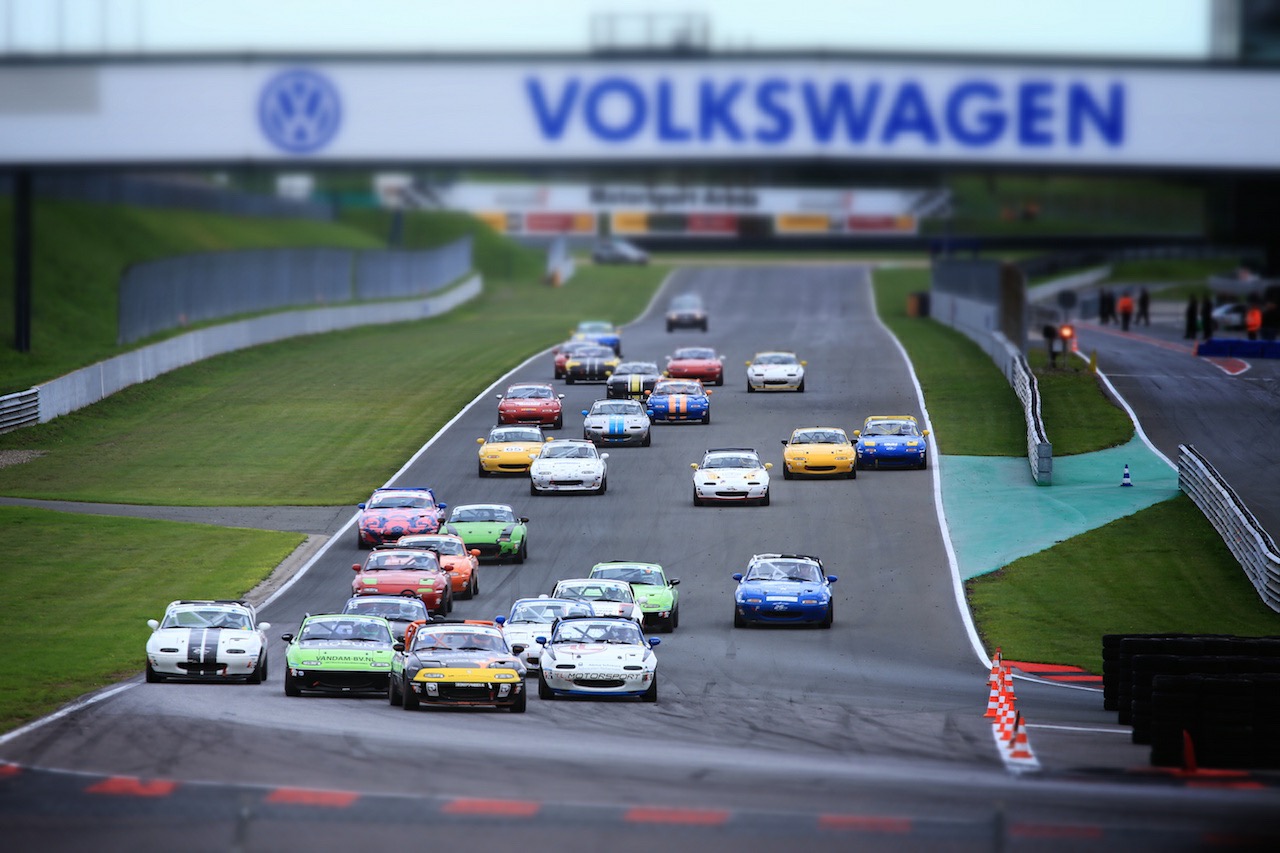 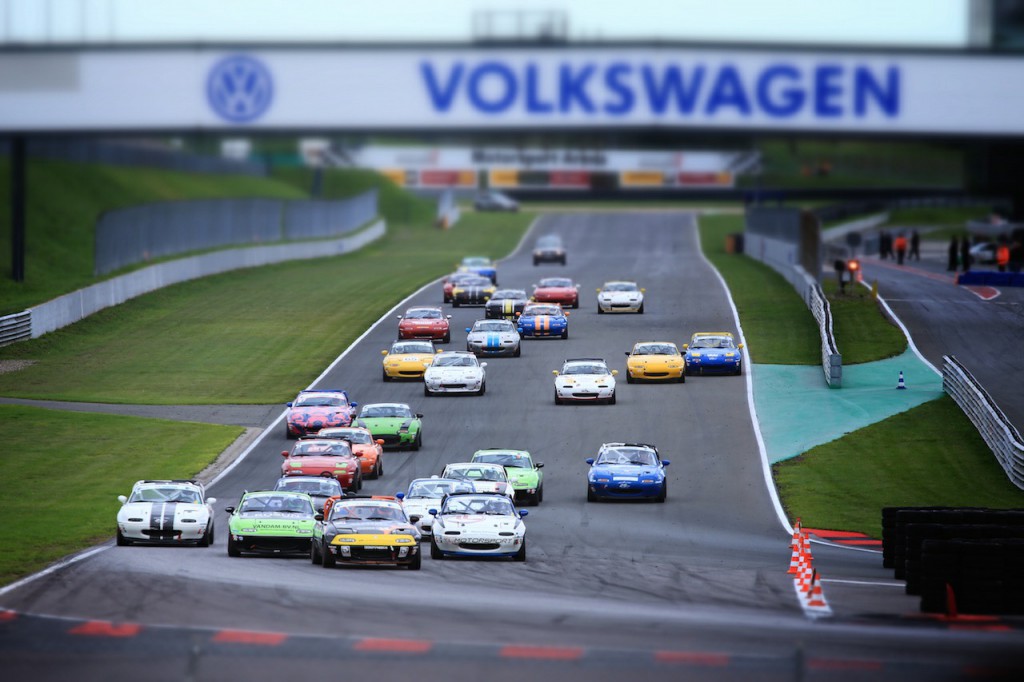 Oschersleben, the beautiful town just over the border of the former East-German border. Except for the endless farming fields, the local economy seems to be running on one thing alone: racing. Last weekend the venue hosted DTM, leaving the track in tip-top condition.

Few drivers on the 28 car grid knew that to expect. For all but two or three, the Oschersleben track was completely new. Knowing the track vaguely from the GTR2 game- I might have held an advantage here!

Right from the get-go in free practice, the car felt great. I was very surprised and happy to see my name on top of the timetable after the session. Even more surprising, I was able to repeat this for my first career pole position in qualifying!

Nerves were racing as the red lights went out for the start of. Obviously, I messed up the start completely and drop back to 5th place. Things got even worse as I had to take evasive action later in the lap when one of my fellow competitors decided to explore the surroundings of the track outside the white lines:

From 6th, I was able to get back into the rhythm and catch up to the two leaders, Youri and Marcel. Little time was left, but in the last lap I was able to make a move to secure 2nd at the finish. Considering the failed first lap not so bad.

For the second race, I noticed I forgot my racing gloves just before entering the track. With the 3 minutes board going up, Dennis sprinted to the car and got my gloves, but the 3 minutes ended up being no less than one. Incredibly frustrated, I had to start at the back of the field instead of 2nd! Moreover, the race was only 10 laps, leaving very little time to move to the front. Then, to add to the misery I could not see the starting lights. I drove to the best of my abilities, putting in really fast laps to gain 23 positions and finish 5th, very close behind the 4th place car at the line.

For the third race, the goal was clear again to join the leading group and see if I could place an attack. Halfway trough, I managed to overtake Youri to take 2nd. Now, I had to see if I could pass Marcel of the lead. I was a bit faster in the corners, but it was difficult to compensate for the additional horsepower in Marcel’s car. Racing was very close and Marcel defended hard but fair. I saw an opportunity to make a move in the final corner of the last lap, got alongside and finished only 0.042 seconds behind. Would the finish line have been a bit further up the straight, I might have been able to make it! 42 thousands of a second on the line looks a bit like this:

This was a great weekend for me. Despite the good results I am a bit disappointed. Made a stupid mistake forgetting the gloves while I probably had the fastest pace of the entire field all weekend. I should have won at least one race. Hopefully the opportunity will come again! 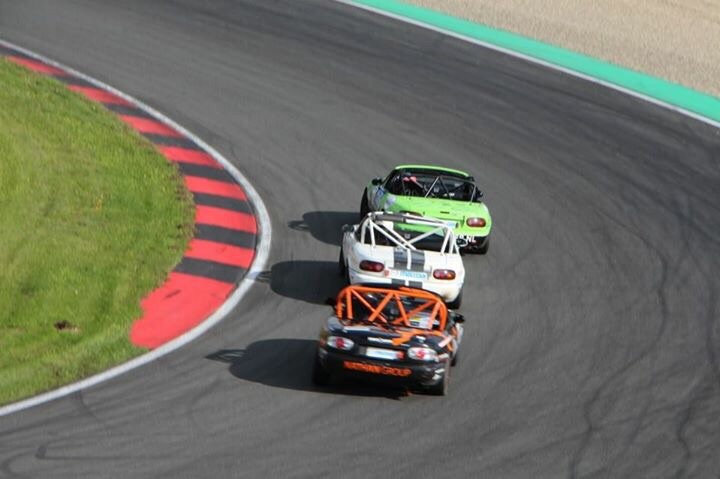