As a child and already always fond of cars, Andras’ parents gifted him a computer racing game. Something which they probably regret as from this day he received he religiously drove his laps every day, steadily making him better, faster and to say the least, more passionate. What started as “just a computer game” ignited in him a desire for motorsport which evolved into winning online championships in full blown simulators.

Then came the day when he decided to switch from the online simracing world to real racing. He made his debut in the Dutch Mazda Max5 cup. An alternative and economically more viable path into motorsport that showed when his years of practice on the simulator seemed to also help in the “real racing” and he found his way to the top with relative ease. With this, it became evident that the line between virtual and real racing was getting more and more blurred. Considering András’ passion for autosport, he endeavors to champion this message to others.

Winning his first race against 65 equal Mazda MX-5 at the 2016 Max Verstappen Racing Days, András was introduced to the taste of champagne and kept on winning. Celebrating championships in 2017 and 2018, he then stepped up to the newer, faster MX-5 Cup which was introduced in 2019. Three successful campaigns followed with many victories, pole positions and podiums.

The success didn’t go unnoticed, TV broadcasts, livestreams and written coverage established András as a top tier driver and one of the quickest in Dutch motorsport. Like an American driver once said: nobody remembers who came second except the guy who came second. That’s why it is certain that you will hear about him in the future. 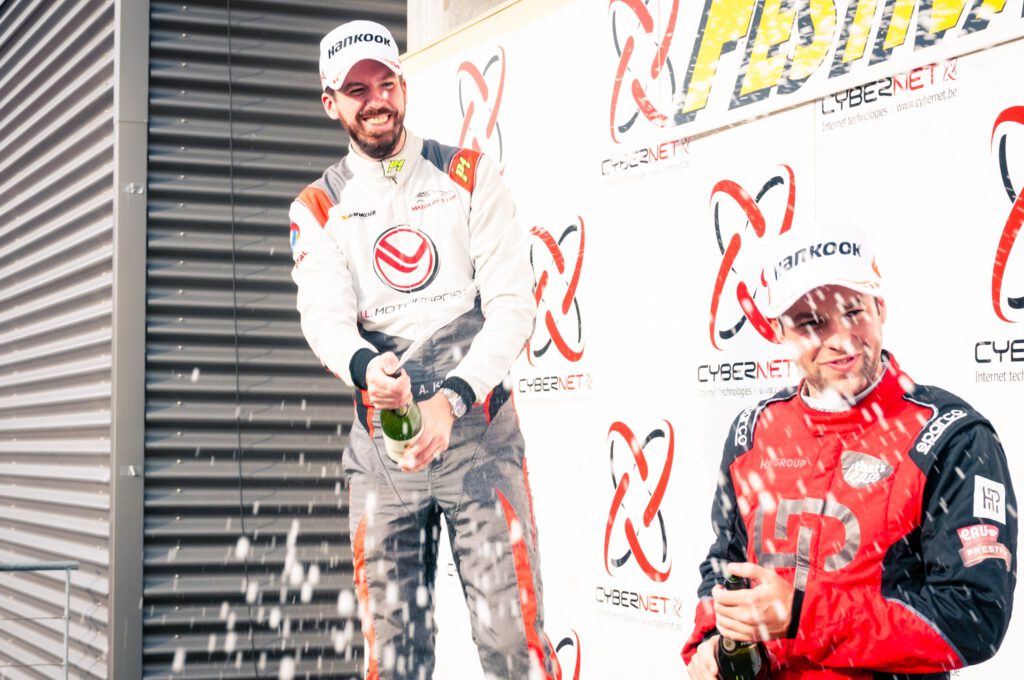