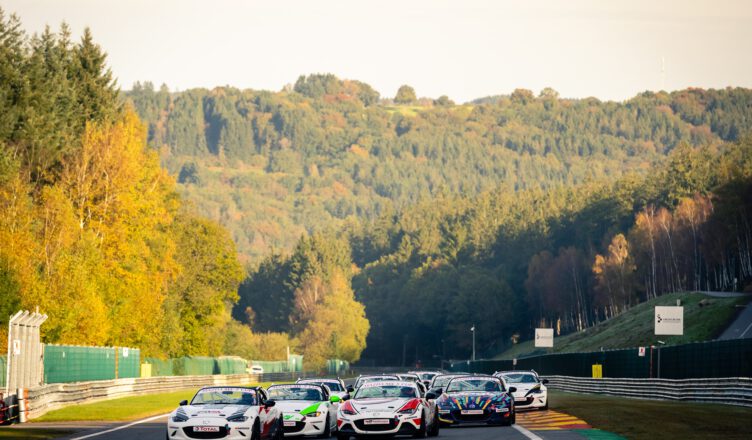 Qualifying already showed that the slipstream was hugely powerful. The bad aerodynamics of the open MX-5 combined with the long straights meant that there was over 2.5 seconds of laptime in the slipstream alone. Not having a slipstream, driver András Király qualified fifth. 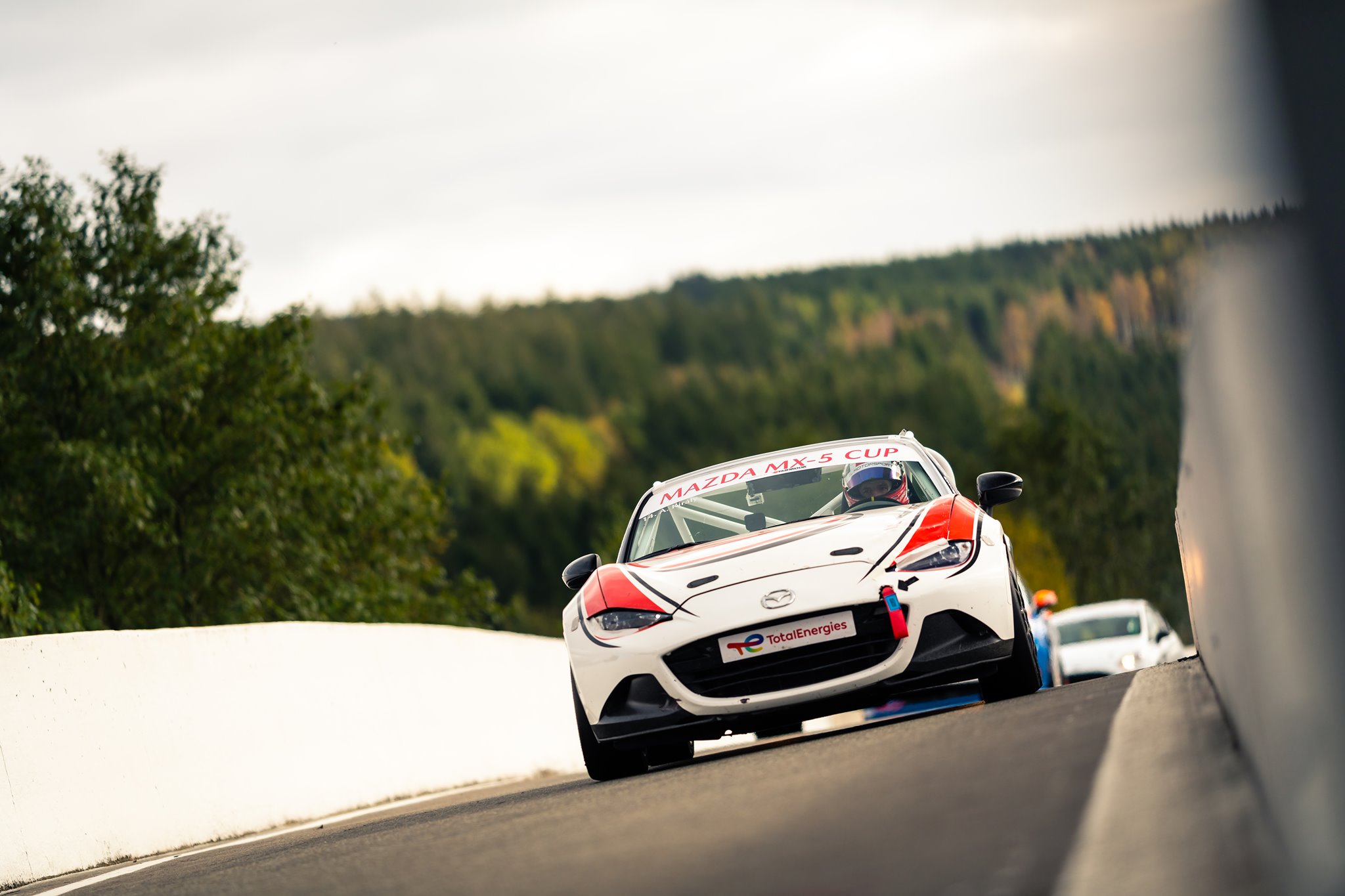 As the pack started on Sunday morning on a very cold but dry Spa, András and another driver were able to get away from the chasing pack. Building a lead up to ten seconds, it seemed that it would be a two-way fight for the win. Then, a late safety car neutralization meant that the field bunched up again and the pressure was on again. Despite a very eventful last lap and going into the last corner side-by-side the order at the finish remained unchanged. P2 for András! 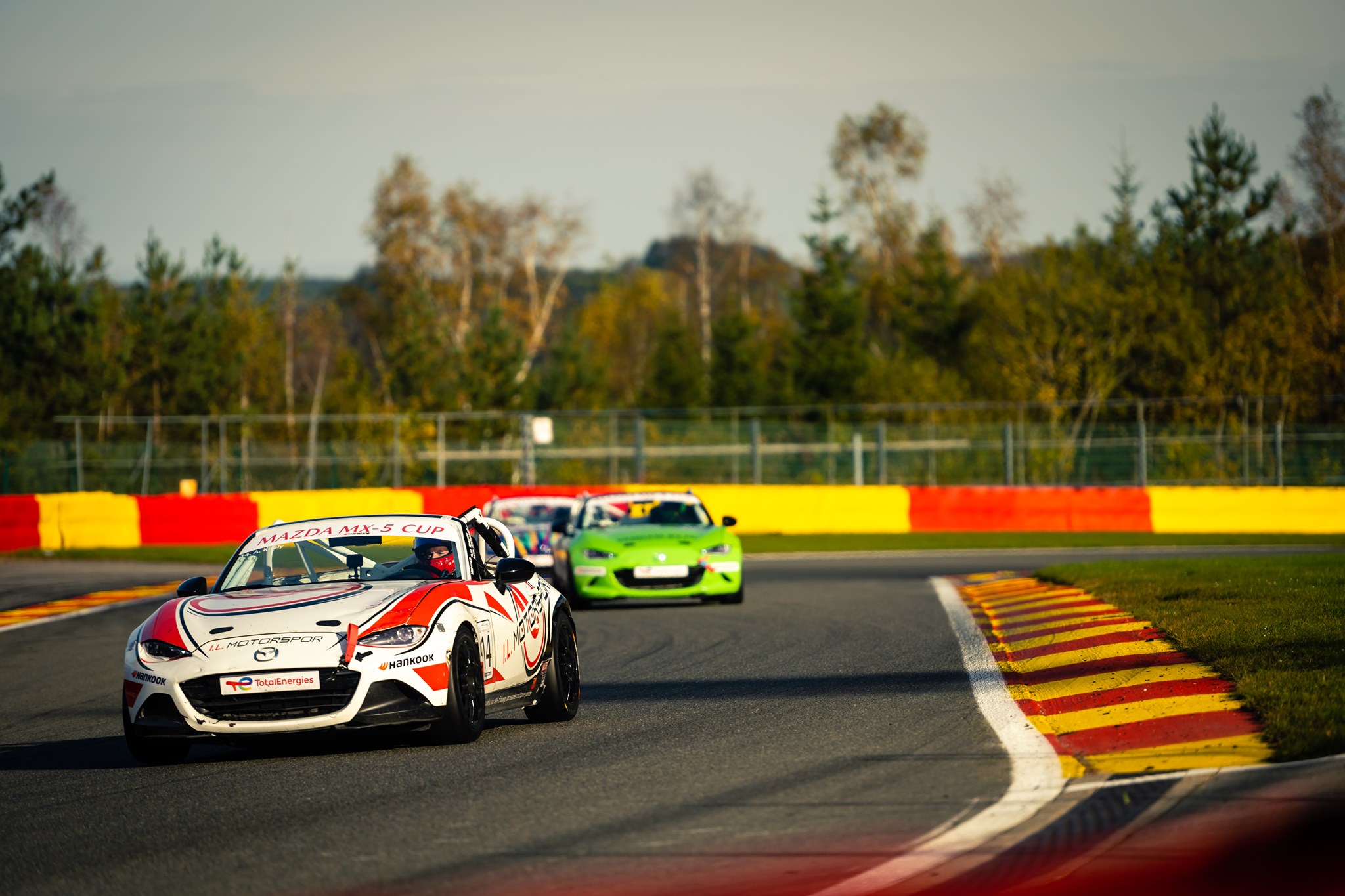 Starting race two from fifth position, András started picking off opponents one by one to grab the lead halfway through the race. Navigating between cars in a lower class and fighting off the slipstream of the cars behind, the #14 I.L. Motorsport MX-5 crossed the line in first place!
Finding the way back to the top step of the podium after a difficult season with many technical issues is a reward for the hard work that the team put in to be able to win again. A great weekend with a good car prepared by engineer Rudy and Mechanics Maikel and Maarten.
Season finale in Assen in two weeks! 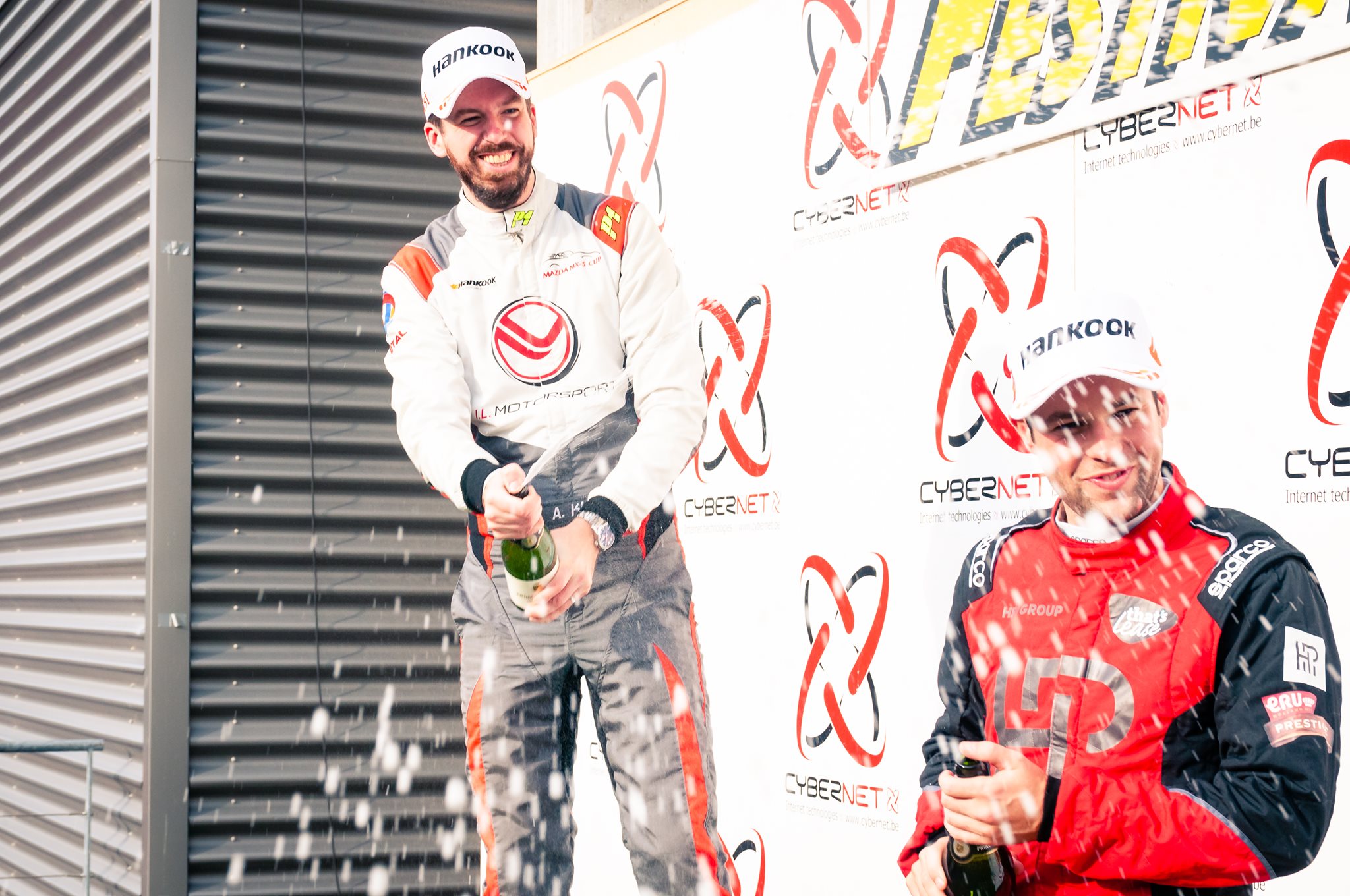