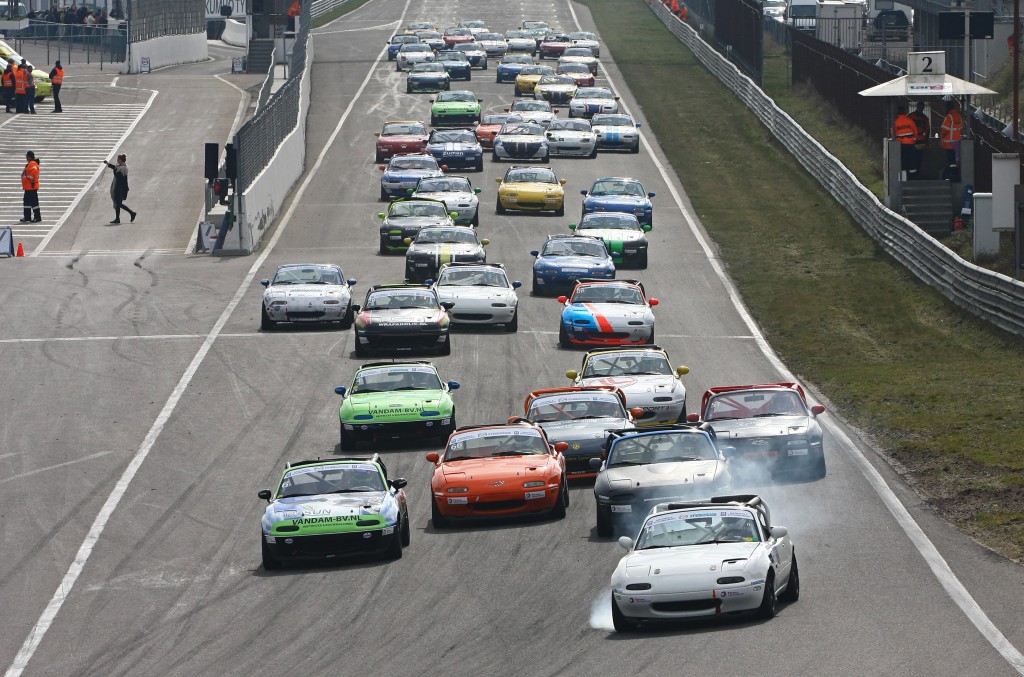 At the end of the 2015 season, it seemed like ages until the end of March 2016. In reality, there was just not enough time! An unfortunate testing incident meant I needed a new bonnet, which combined with the regular maintenance really meant I was on a tight schedule for race 1. Luckily, with the help of Marcel Berg from Berg Autoservice, all got fixed in time.

The 2016 season features a new race day schedule, with one qualifying followed by three races. The lack of a free practice session meant that I had to be on top from right out of the box, putting in a fast time. I could not get a completely clean lap in, but still I found myself in 4th place just 15 hunderds off pole position.

In the first lap, the top three was fighting for position and I was able to go around the outside of turn 1 to gain two positions. Next lap, using the slipstream to its full potential, I was able to pass the reigning champion for the lead! From that point it was about holding on and controlling the gap. I was driving so concentrated that I actually missed the finish flag. Only after the first corner I realized I won the race!

My first win in real racing at the first race of the 2016 season, It could not have started any better.

Winning the first race meant starting from pole position. I was able to retain the lead for the first 9 laps, but in the last lap things got messy. The second placed driver, Wubben, who was following closely tried a move at the inside, going into Renault corner. While I was leaving him about two car widths of space, he locked up and missed the entry, sliding wide and hitting me. This allowed number three Verswijveren to come alongside me on the run up to the Audi S chicane. Braking ultra late-Verswijveren takes a lot of speed into the chicane and lets his car run wide after the first apex. I am still there with the nose of the car when because of his entry speed he touches the brakes for the left-hander. With nowhere to go I hit him on his rear wheel, turning him around. I cross the line in second place.

While I feel this is a racing incident, where I could, probably should have backed off, and he could have left me some space, race control thought differently and gave me a 20 second penalty, dropping me back to 9th.

For race three, I was then able to fight back to third.

Ironically, the incident where I pushed Verswijveren around actually made him the overall winner of the day, as my 9th place ruined my chances on the overall win.

Only days after the hard work of my sponsor Berg Autoservice made my car look fresh for the new season the car will need some cleaning and painting again, but luckily the Heusinkveld Engineering sticker survived. 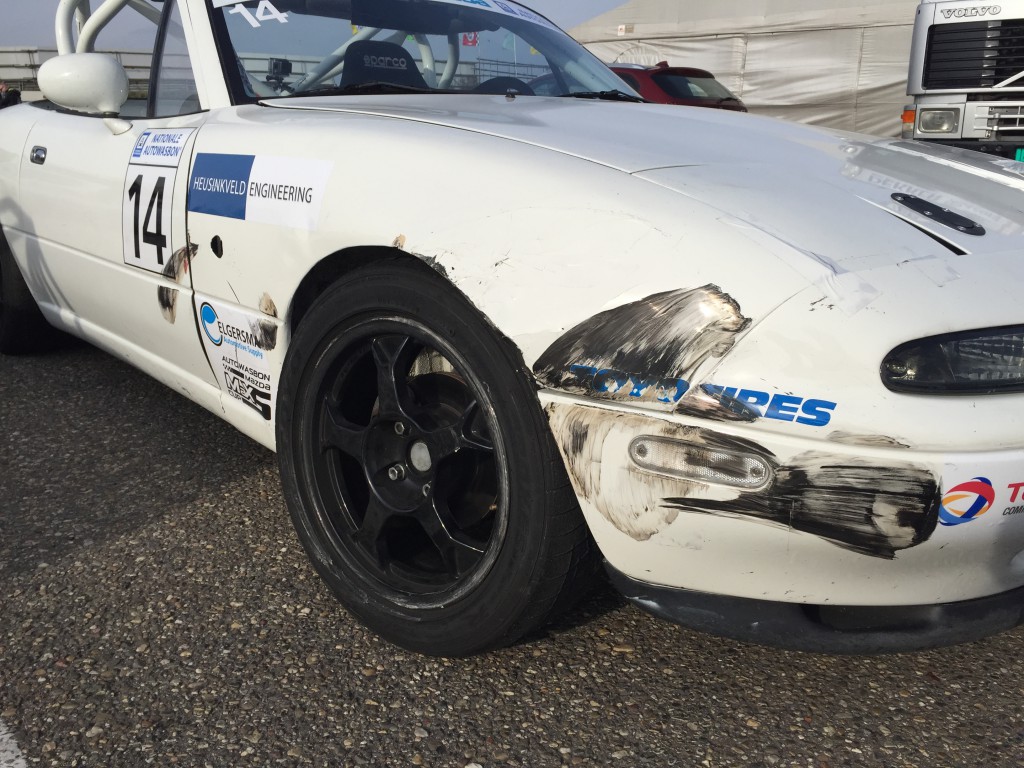 Next up is Zolder at the 17th of May