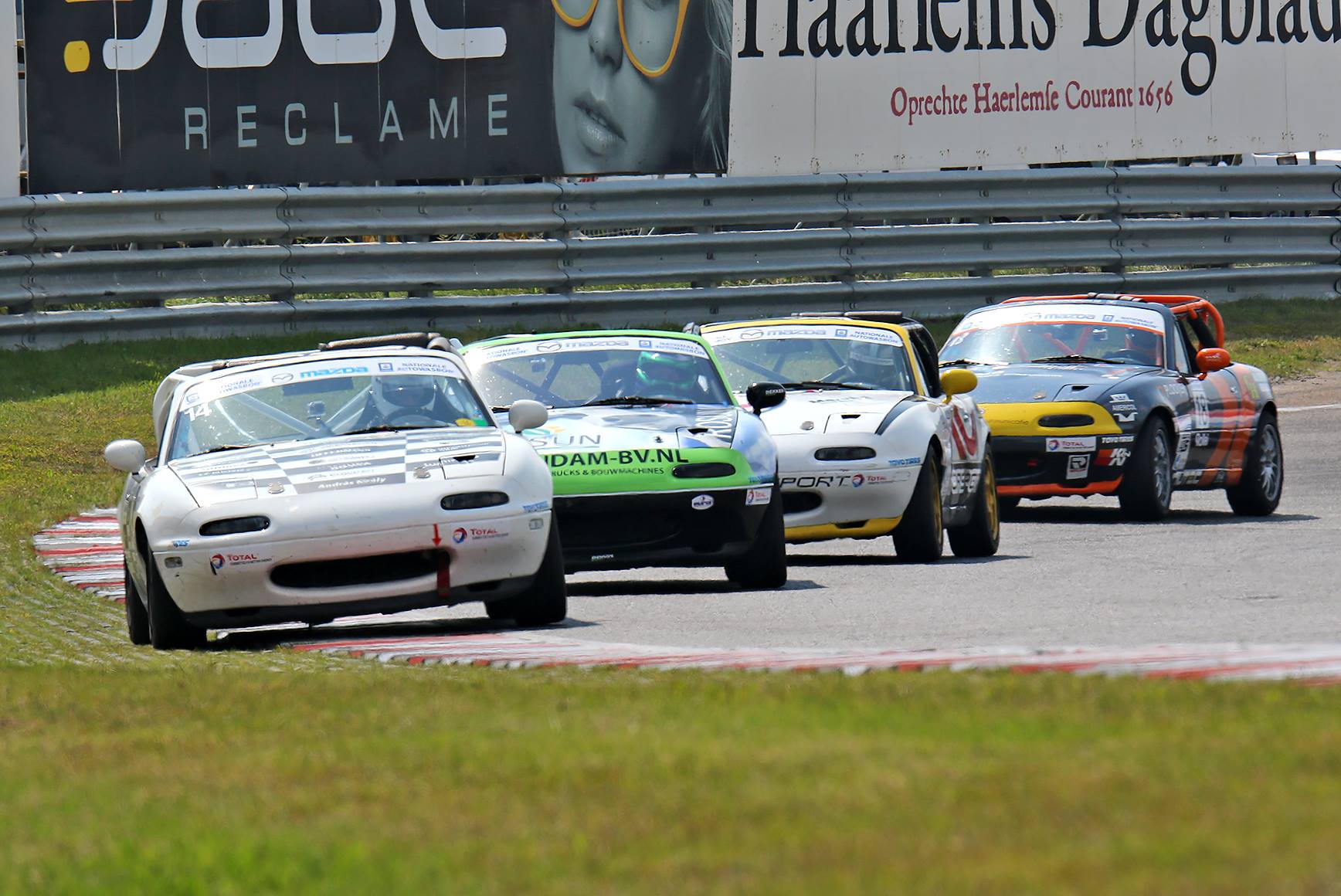 The “familie racedagen driven by Max Verstappen” was the biggest event of the 2016 Max5 cup season. With the recent success of Max in formula 1 and free tickets through a national supermarket attendance turned out to be an amazing 100.000 spectators. Just before the event, a last minute idea to bring the Simracing for Holland paint scheme to the car materialized and stickers were delivered to the track. It took a lot of effort and help from teammate Dennis, but it looked great in the end. The car attracted a lot of people throughout the weekend, taking pictures and asking questions. The paintjob was also recognized by several sim-racers!

While my initial getaway of the line was good, I lost out on acceleration to Marcel Dekker. In the next laps, an amazing battle took place with lots of close racing at the limit. There was a headwind at the main straight, further amplifying the slipstream effect and allowing for a lot of passing. I led for most of the race, but found myself passed by Dekker just before the end. On the final lap, I had a good exit of the last corner leading up to the start finish straight and managed to fight my way alongside Dekker with two wheels on the grass. It was a drag race to the finish!

Only when coming back to the pits I was told I won, 0.012 in front! It was an amazing feeling, winning the race in front of a big crowd, interviewed by the commentator, national anthem, trophy and champagne on the podium! 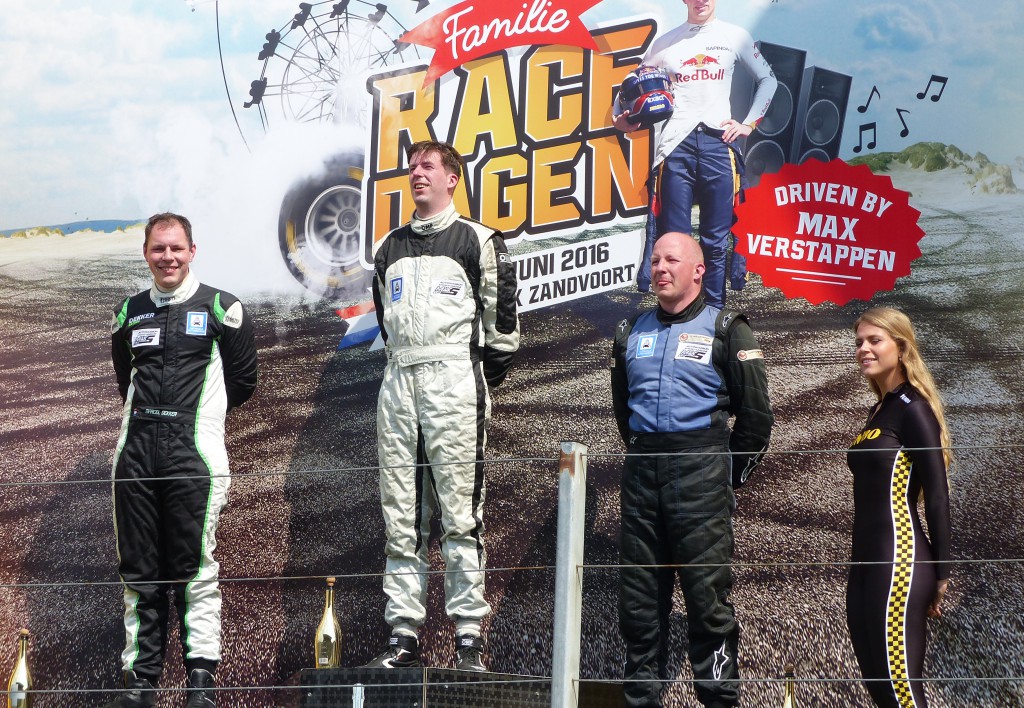 However, two hours after the race the final result was published and I received a 10 second penalty for running wide on t1 on about half race distance. I knew Rudy Schilders was beside me when it happened, but we didn’t make contact. Apparently, another competitor decided to make it three-wide coming into t1 with an attempt to overtake two cars on the outside. He then ran out of road and into the gravel. I could obviously not see him making it three wide. I feel this is a very weird decision, as we are now penalizing people for missing an apex with 1,5 meters. I suppose I cannot steer back to the racing line after the corner either, there might be two, three or four cars next to me!

In the second race, I started 10th due to the penalty but could quickly fight my way up to 3rd. An even closer battle for the lead started out, but two laps before the end I encountered a braking problem causing me to spin and that was it for me.

Beside the real racing, Mazda had put an iRacing simulator in their hospitality unit. The fastest 5 drivers of Europe on this particular simulator would go to Barcelona to test the new MX5 ND cup car, as well as have a shot at starting in the Global MX5 cup world finals in Laguna Seca. Drawing upon my simracing experience, I was able to put in the quickest time in Europe! I am extremely excited to go to Barcelona and like to thank Mazda for this opportunity.

Next race in one week, again at Zandvoort. I hope I can get up to the same pace as this weekend!