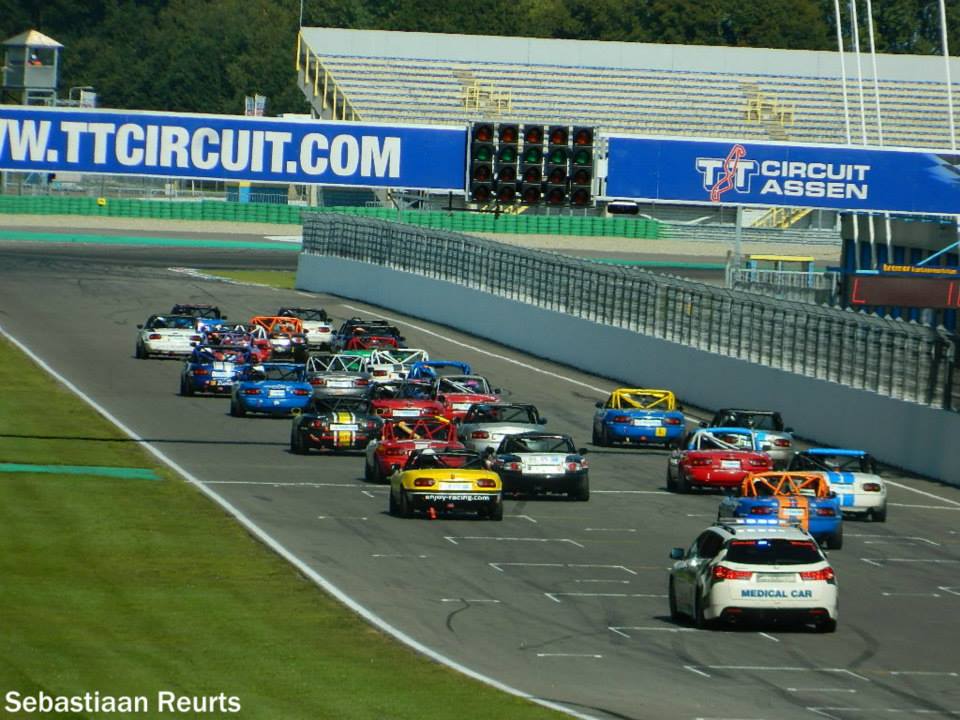 TT circuirt Assen, venue that hosts the annual motogp race was the location of the penultimate event of the 2014 season. While traveling to the track the night before, I noticed that the dashboard of the Max5 racer actually has no backlight! Normally this is not a problem due to street lightning, in the northern part of the country however, lighting appears to be a luxury. As some point I had no idea how fast I was going on the highway. But, no ticket in the mailbox so far.

Assen is possibly the opposite of Zandvoort. It’s a modern track witch much more runoff area in the F1-style artificial grass – asphalt – gravel layout. Having never even driven the track in the simulator, things were completely new. 20 minutes is really not enough to learn a new track! Luckily, the rest of the grid also struggled a bit more than on Zandvoort.

Most exciting moment of the day already happened in the third lap of free practice. The second to last corner on the track, the infamous Ramshoek corner, was supposed to be flat out. In my first lap, I decided on a quick tap on the brakes just to be sure. No problem. In the second corner, a small lift off the throttle. No problem. In the third lap, while keeping the pedal on the floor, I found myself exiting backwards at top speed. Thank god for these huge amounts of runoff! I could safely continue, however my suit covered in the fresh grass I just mowed.

Having qualified 13th for race 1, the race started off with some close battles and a near-miss when two fellow drivers came together right in front of me (see onboard at 2:40). I was able to overtake a couple of cars, finishing 9th. Not bad for the first race on a new track!

Race 2 meant yet another bunch of close battles, but this time I was able to finish in front of my group in 10th. Notable moment: the lucky escape of my teammate Tom while attempting a very ambitious move on me at the fastest section of the track. See the video below!

Having improved through the day, in race 3 I could move forward another group, this time finishing 9th again after a good battle for 8th place.

This meant finishing in 9th overall for the day and my second trophy! Assen really was a nice and welcome change from Zandvoort, with the track allowing for some truly great racing and being kind on the occasional error. Next up is the season finale at Zandvoort.

Big thanks goes out to fellow SFH teammate Dennis, whose support helped me a lot. These events with two practice sessions and three races on one day are extremely busy when you have to do everything alone. Dennis’s support really helped me out. Hope to see you next season again! 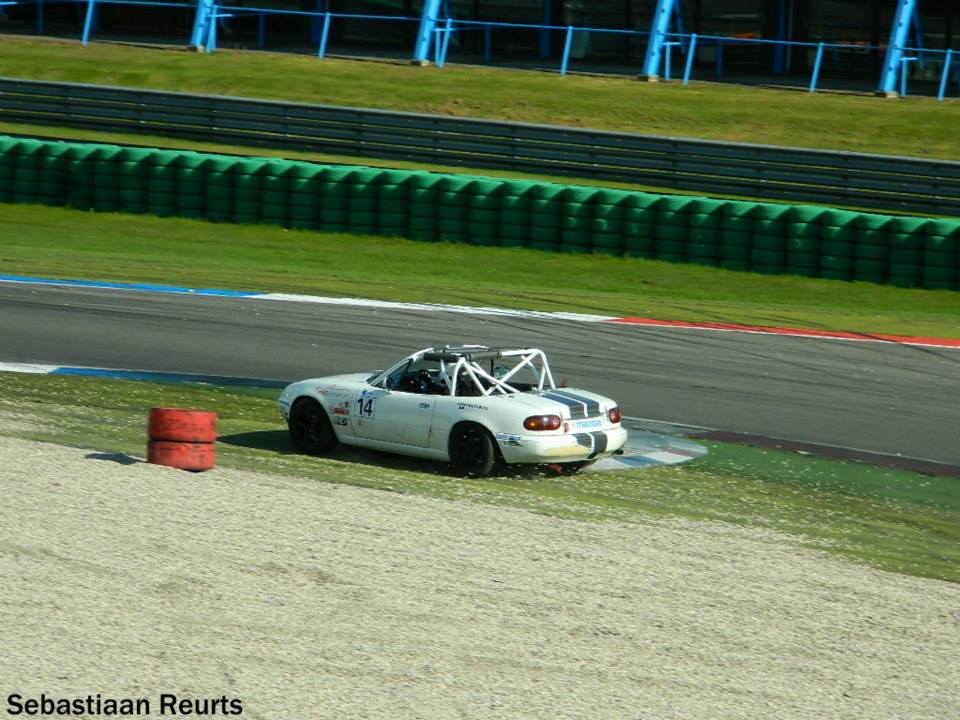