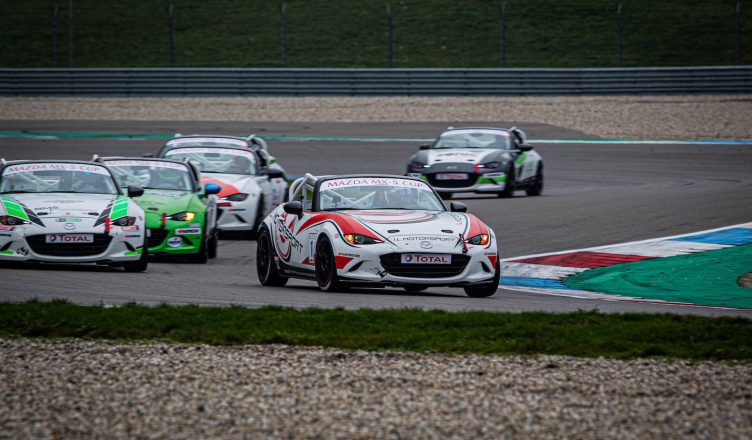 Visiting Assen for the second time this season, the I.L. Motorsport Racing Team knew that a title for driver András Király would be difficult after the surprising decision that full points were be awarded for the Spa race that what red-flagged after just one lap. Determined to finish the season on a high, the car was optimally prepared by team manager Rudy Schilders and mechanics Hans Schilders and Aaron Gortemulder. After a day of wet running on Friday, the team had gathered useful data with the help of race engineer Koen Bol who was again a part of the team for this event.

Going into qualifying with a chance of rain later in the session, András was the first one out on track as it became clear that track limits would play an important role in the session. With race control being very clear about taking away all times set when cutting the track, András made sure to stay within the white lines and secured pole position!

Some controversy did take place in the background, as some drivers lost their qualifying times only to be re-instated later. Being out on pole, this didn’t impact I.L. Motorsport.

The MX-5 Cup uses a reversed grid for the first race meant that András would be starting 10th. After a blistering first half of the lap he was already up into fourth position! Pushing on, the next lap this became second and a lap later a nice move around the outside of the top-speed Ramshoek corner meant that András was in the lead!

After some fast laptimes and creating a bit of a gap, an incident meant that the safety car came out which bunched the field right up again. With the slipstream being very strong this weekend, András then lost the lead with two to go. Then, in the final lap preparing to challenge for the win, the gearbox got stuck in fourth gear when attempting to shift to fifth. Despite this, András was able to negotiate the last couple of corners and hold on to second place, a well-deserved podium for the team!

After the efforts of Hans, Rudy and Aaron working late into the night to fix the gearbox issue, it was pole position for the Sunday race. With a bit too much wheel spin at the start, András fell back to third place but quickly got back to the lead in a great three-way fight. About halfway through the race and still in the lead, the car then suffered the same gearbox issue with the car being stuck in 4th gear. Limping the car home without any speed, this meant a finish well of the podium.

With the season over, the team looks back at the season with mixed feelings. Driver András Király: “This season was a real rollercoaster ride. Every high was followed by a low and this really hampered a proper championship challenge. Beside the bad luck and technical failures, it was an awesome experience to race this ND car with racing suspension on proper slick tires and take home some victories in the process!”.

The I.L. Motorsport Racing Team would like to thank Ingo and Nadja for their support and it looking forward to come back even stronger next year!