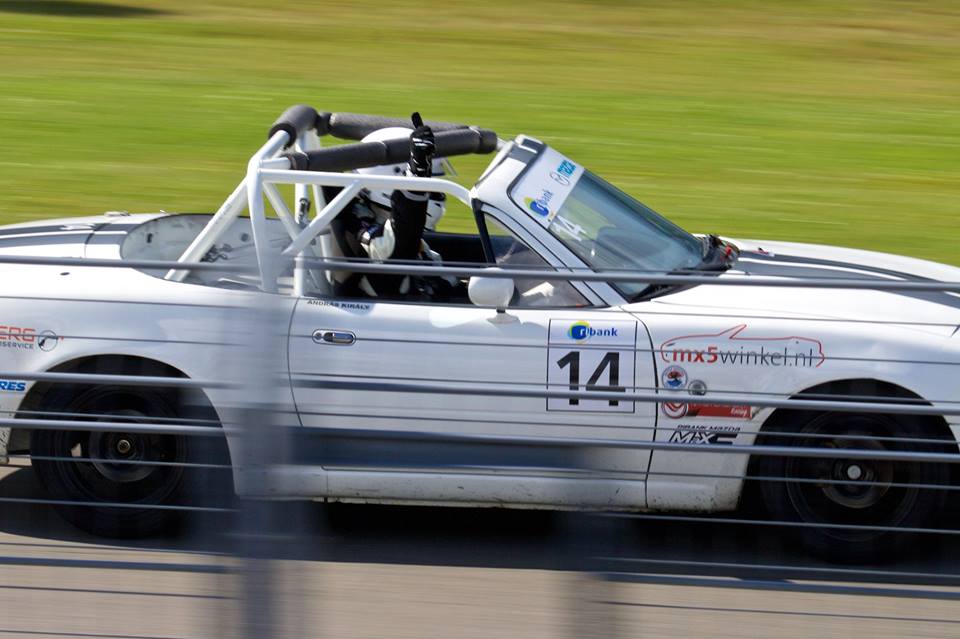 After struggling with injuries during the start of the season, it was finally time to get back in the car for the much awaited race at Assen. Due to the early morning drizzles on the race day, I was faced with the challenge, or rather excitement of racing on a wet track. The qualifying round was good fun, sliding the car around on the track. Assen is the perfect place to explore the limits of the car in the wet track with all the modern runoff facilities. Initially, it was difficult to get a clear lap in, but on my last lap I bettered by lap time by 1.8 seconds, securing the ninth starting position. 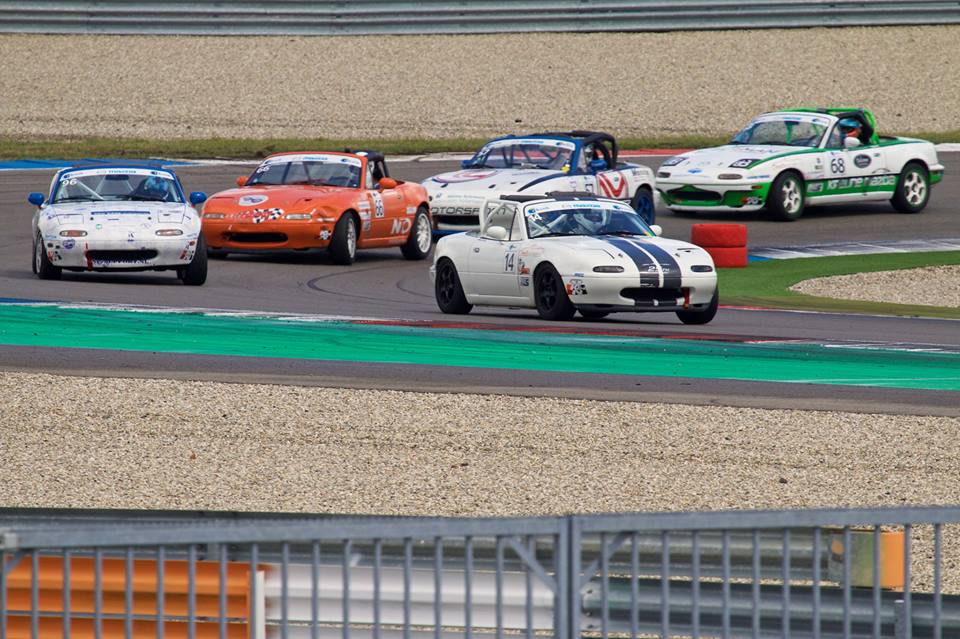 While the track was still damp at patches from the morning drizzle, it was time for the first race. I started on the left side of the track, which unfortunately had not completely dried up yet. I decided to hold back on the revs and made a clean getaway. Without losing my spot, I positioned myself on the outside of the track just before entering the first turn. At that moment, one of the Delftse Racers misjudged how slippery the entry of turn one was and ended up pushing two cars wide, allowing me to overtake them. Two corners further, I saw the green car of Marcel Dekker spin but could pass cleanly on the outside. 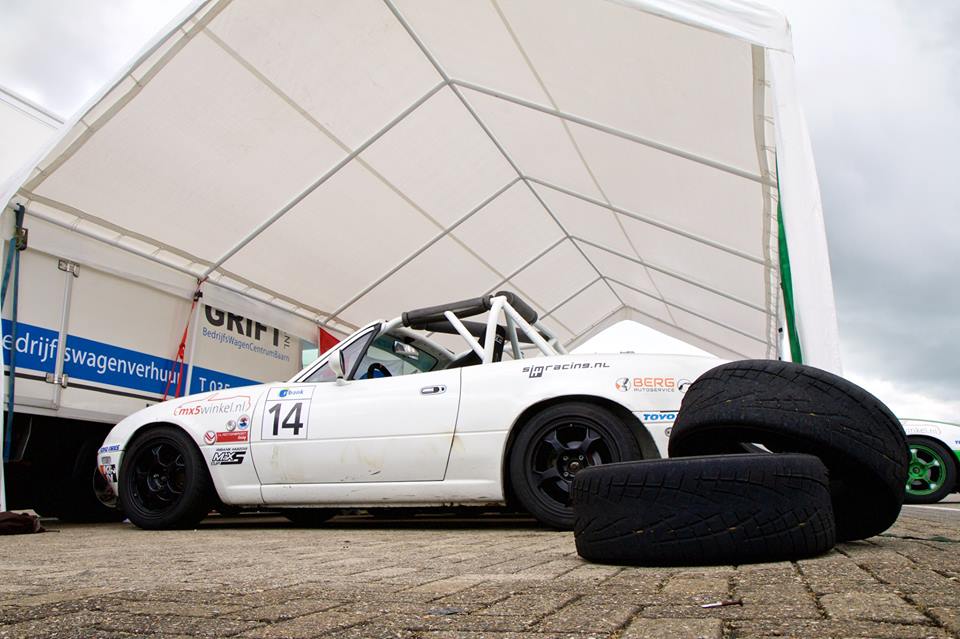 After all this mayhem during the first lap, I ended up on the 6th place, closely followed by two-time champion Eric Sliphorst. Having missed a shift while coming on to the back straight, I was left vulnerable to be overtaken. Right after the quick left hander following the back straight, I saw two cars making contact. I decided to brake early, paving the way for Sliphorst to overtake me. However due to three cars trying to negotiate the chicane, I could immediately re-overtake Sliphorst having maximized my exit of the corner. Later on in the lap I overtook two more cars to be in fourth position! 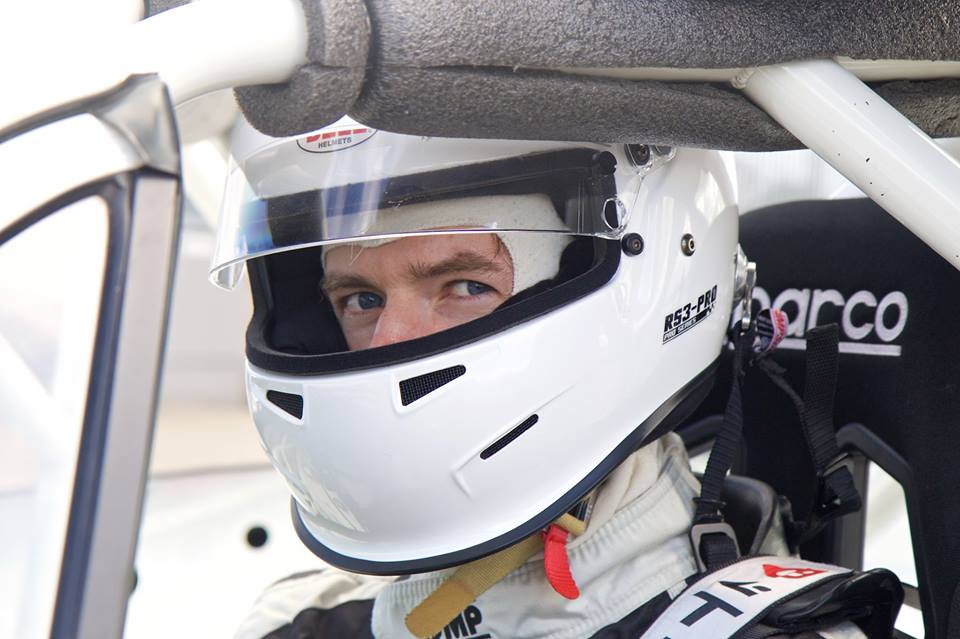 Being slightly surprised with my own speed, I noticed that I was easily following the three leading cars. Finally my car performing as I wanted it to, gone was the extreme oversteer. After covering a few more laps I saw that the leaders were losing speed as they were battling for a position.

Sitting back in 4th watching the action unfold before me, I could capitalize on the 3rd place car overshooting the corner and there it was, 3rd position for a podium spot! Moments after this, the race got red-flagged due to an accident that happened further down the field.

Being in the third position at the start of the second race, I had an excellent start, entering the first turn right behind the leading car of Bart. I decided not attack him yet so that we could open up the gap for the third position. My strategy worked brilliantly until a car broke down at an unsafe position on the track which unfortunately led to the race being neutralized. After the neutralization Yoeri Verswijveren, who was then in third positon, closed in while I was attacking Bart for the lead of the race. After some close battling with Bart, Yoeri picked an opportunity to overtake me on the inside over the curb and grass. This pushed me over to the dirty part of the track where I had a small spin and seconds later I rejoined back in third position which ended up being my finishing position.

I learnt later that, out of the 32 race drivers, 27 of them including me, got penalized for driving too fast during the period of neutralization. Despite this penalty, these races at Assen have been my best races by far, having finished third two times consecutively. I am looking forward to my next race at Zandvoort on the 9th of August, where I will try to keep the momentum rolling.

Many thanks go out to Dennis for helping me with the car during the race and the support & pictures of Marcel!